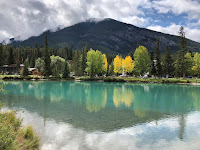 I would never have imagined that I was going to turn my life upside down. I was 46 and had been happily married for 20 years. I really thought it was a forever relationship.

Of course I wasn’t gay, it was just a phase, it would pass. I didn’t want to be gay, it meant changing everything I knew about my life. It wasn’t convenient. So what if I found women attractive, I was never going to act on it. I was happily married, and that was that. But.
Months down the line I told my husband I thought I was gay, and that we couldn’t stay together. Once we had talked, the enormity of it all hit me and I couldn’t do it. I didn’t want to leave him, and didn’t want to break the family up (our son was 16). Maybe I was bi, and we could stay married.

One day early on, I started writing a novel. I had had no intention of writing, but an idea dropped into my head, and I just couldn’t stop. It was a passionate story of a woman who falls for a slightly older gay woman completely out of the blue. The story just poured out of me, and I was writing at all hours. The struggle that the woman has with her feelings was a reflection of what was going on in my head, trying to understand my sexuality. I should make it clear that I hadn’t met anyone, the book is completely fictional. I did find writing cathartic, I hadn’t spoken to anyone about my feelings while I was writing it. Afterwards, I talked to my best friend. Having read the first draft of my book, I said there was something I needed to talk about!

I struggled with it for another two years. I wanted my marriage to work. I loved my husband, and I wasn’t unhappy all that time, but I found it really hard at times. He was very understanding and I talked about sexuality a lot. I was trying to get my head around it too. He knew I was writing lesbian fiction, but hadn’t read any of it. By now I had published two (quite steamy) lesbian romance novels. I thought it would be okay, I wanted it to be okay. But over time I struggled more and more. I couldn’t quite be myself, there was always a part of me I felt I had to hide. Being a very honest and open person by nature, I found that really difficult. More and more I felt emotionally exhausted. Sometimes people would ask if I was alright, and I just brushed it off, saying I had stuff on my mind, or that I was just tired.

I couldn’t do it. I couldn’t put him through that. In the end though, although you think you have a choice, you don’t really. Well, I didn’t. I couldn't stay in a marriage where I couldn’t truly be me. I took some advice and went to see an LGBT counsellor. By the time I’d told my story, it was the end of the first session. When I went back two weeks later, I had already ended my marriage.

It was the hardest thing I’ve ever done in my life. As difficult as it was, I know I made the right decision. I’m not going to pretend it was all rainbows and unicorns from there on in. In the first year after I left, I cried so much I was surprised I wasn’t a dried up husk. I would be great one day, and a flood of tears another. But I also felt free. Free to truly be me.

Coming out was the easy bit. Apart from a couple of people, when I told them the reason I had left my husband was because I was gay, everyone said, ‘I always thought you were.’ I was astounded by just how many people said that. I’m talking from close friends to people who hardly knew me. When I asked was it because of my books, they said no, although the books seemed to confirm it!

Telling my son was the hardest thing. He was amazing and so understanding. I have always talked to him openly, and by the time I left he had already moved out to go to university. My family and friends were amazing and so supportive. I told everyone the reason from the start. Partly I didn’t want anyone to gossip or think one of us had had an affair (a conclusion people sometimes like to jump to), and also because I wasn’t going to hide who I am. It took me to get to my forties to really find myself, and I am happy being me.

It’s been almost two years now, and I wanted to share my experience. The reason being that when I was struggling and questioning my sexuality, I was looking online to see if there were other people going through what I was, but at the time I didn’t find a lot. So this is my story.

Popular posts from this blog 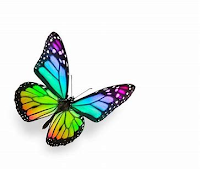 Its wings are soft against the air. The flowers and trees, the birds and sky are all there to discover, but as the butterfly lifts gently towards the sky, something is stopping it, an invisible barrier.

The window is partially opened and as the butterfly tries to move forward, still its wings stall against that invisibility.

Once the window is opened fully, the butterfly is free, soaring up towards the cobalt blue sky, painted gently with soft white clouds. Feeling the air under its wings, the butterfly can now soar to wherever its wings will take it.

- January 14, 2020
A couple of years ago I was invited to a wedding. I wasn’t sure what to wear, I’ve never really been one for dressing up. The last wedding I’d been to I had decided to go for it and bought a dress. That dress was long gone, and I knew I’d probably never wear a dress or skirt ever again.

In the event I wore a smart navy jacket with navy trousers and a white shirt, so it looked a bit like a suit I suppose. I was also wearing my flat navy suede cowboy boots - me and heels just don’t go! I think it was the first time I had got dressed up and really felt like me. When I was younger, I would feel intimidated or unfeminine compared to the girly women who were done up with beautiful dresses, their hair and make up perfect. I think I was the only woman at the wedding who wasn’t wearing a dress or skirt. I felt happy in my own skin, and it’s taken me years to get to this point.

What was interesting, and also lovely, was that I had more compliments that day about how I looked than I had had in m…
Read more